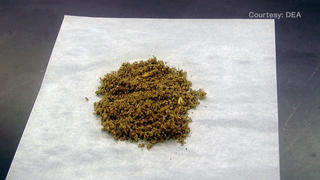 Do Not Confuse the New Marijuana Alternative, Spice, for What is in Your Pantry

If you hear your kids talking about Spice, they might not be talking about the herbal mixtures found in the kitchen cabinet for cooking; it could be a new “fake marijuana” becoming popular among teens. SPICE, also known as K2, Bliss, Black Mamba, Bombay Blue, Blaze, Genie, Zohai, JWH -018, Yucatan Fire, Skunk and Moon Rocks, contains dry plant materials and chemical additives that produce the same psychoactive effects of marijuana. It is a synthetic marijuana that uses other chemicals that resemble the effects of THC, but does not actually contain THC. Because it does not contain THC, K2 or Spice was not able show up on standard urine  tests screening for drugs. However, due to the popularity of this drug and the knowledge of its main chemical component, JWH -018, researchers have now developed a test that is able to identify synthetic cannabinoids.

According to the National Institute of Drug Abuse, Spice products are sold as “incense” in some head shops and via the internet and resemble potpourri. These synthetic cannabinoid are mainly smoked, but can be made as an herbal infusion for drinking. The NIDC also reports that 1 in 9 high school seniors reported using Spice in the past year.

Although many states have prevented marijuana legalization, new problems have risen with synthetic marijuana. Street names include “spice”, “K2”, “blaze” and “liquid gold”. Synthetic pot is sold over the counter and online, is legal in many states and is undetected in urine tests. Fake pot is usually smoked in joints or pipes, but some users make it into a tea. Fifteen states currently ban the sale and/or possession of “fake pot” and eight states are considering a ban. Fake pot produces effects such as euphoria, lapse of short term memory, dilated pupils, vomiting, profuse sweating, confusion, agitation, racing heartbeat, mania, hallucinations, elevated blood pressure, loss of consciousness, and seizures.

Fake cannabinoids have been linked to at least three deaths and The American Association of Poison control received 4,500 calls since 2010 regarding the substances. Many youth think that because it is legal, it is safe. This could not be further from the truth. Kids’ brains are still developing and use of synthetic pot, just like other illegal drugs, can have long lasting effects such as memory loss, mental deficits, and psychosis. These chemicals have not been approved by the FDA for human consumption and there is no oversight of the manufacturing process, resulting in an unknown and unsafe substance being abused.

The onset of this drug is 3-5 minutes, and the duration of the high is 1-8 hours. In addition to physical signs of use, users may experience: dysphoria, severe paranoia, delusions, hallucinations and increased agitation.