This blog is dedicated in Memory of Ian. No more families should have to experience this devastating tragedy. According to the National Institute on Drug Abuse (NIDA) drug-related deaths have more than doubled since the early 1980s. There are more deaths, illness, and disabilities from substance abuse than from any other preventable health condition. Today, one in four deaths is attributable to alcohol, tobacco, and illicit drug use. 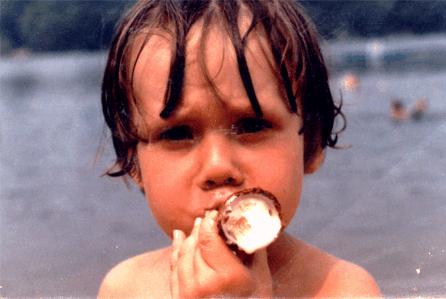 Presented by his mother, Ginger Katz

On September 10, 1996, I awoke to every mother’s nightmare. I found my 20–year–old son Ian dead in his bed of an accidental heroin overdose.

Ian James Eaccarino was a promising college student with everything to live for. He was bright, athletic, popular, and handsome. He was dearly loved by his family and by his many friends. Drugs destroyed his life.

Ian started using tobacco and marijuana in the eighth grade. He was in denial about the problem, minimizing it as so many young people do. I was unaware that he was using drugs, thinking the changes were just adolescent behavior. Then I attended a drug awareness program, which opened my eyes to what was really happening in our home.

When Ian was drug–tested in high school, we learned that, with a friend’s help, he had switched his urine sample with that of the friend’s baby brother to cover up his drug use. Subsequently, Ian had a surprise visit from us at the school to get him re–tested and he tested positive for marijuana.

Ian agreed to go to counseling, but was not able to get in touch with the emotional problems that were at the root of his risky behaviors and continued drug use. I saw his ongoing pain and had great fears for him. But Ian became very good at disguising his drug habit. All through high school, he excelled on the baseball team and was the third highest scorer on the lacrosse team. He insisted he was okay, but he really wasn’t.

In his senior year of high school, his car was firebombed in the driveway of our home. In retrospect, we realized it was drug related, but at the time, the explanation he gave us made sense. It was all a lie. Drug activity is typically associated with violence and deception.

Nine months before he died, Ian and two friends snorted heroin for the first time.

He was a college sophomore at the time. One boy became scared, one became sick — and Ian liked it. When he finally went to drug rehabilitation, he told me: “Mom, there is a smorgasbord of drugs at college. If you don’t have the money, they would give it to you for free and then you’re hooked.”

During his last summer, while he was in counseling and recovery, Ian renewed his close relationships with all of us. My son came back to me. We talked a lot and played tennis. He enjoyed playing golf with his step–dad Larry. To his doting big sister Candace, who has Downs Syndrome, he was a ray of sunshine.

He shared some things from his heart with me the summer before he died and I began to develop some insight into the private pain he had held onto for so long. He had so much regret over his drug use. “Mom, I messed up. It is not Dad’s fault, or Larry (his stepfather), or your fault. I take responsibility. I messed up.” My heart was broken. I knew that kids mess up; he was paying for it with his spirit, his intellect, and his life. That last summer, when he realized what he had done to his life and to all of us, his pain became excruciating. But he couldn’t stop.

The evening before he died, I realized that he had relapsed. He knew that I was scared and that it hurt me so. He said to me, “Mom, I want to see the doctor in the morning and I don’t want to move in with my friends.” That was the deal. Later, he came upstairs and said, “I’m sorry Mom.” It keeps ringing in my ears. Never did I think he would go downstairs and do it one more time. Even with all the remorse, the drugs were bigger than he was.

He died in his sleep and I found him before I went for my morning run. My baby did not have a second chance. Neighbors told me my cries for help to 911 that morning were heard two blocks away.

My life changed forever. I realized that Ian’s dog Sunny had climbed up a steep flight of stairs in the middle of the night wanting to wake me up. But I didn’t hear him. I had slept soundly that night for the first time in a long while, relieved by Ian’s promise to seek help in the morning.

I remember sitting on Ian’s bed the day he died.

I looked around his room, which will be my office once construction on our house is completed, and asked myself how this could have happened. Why did Ian slip away in the night? On the top of Ian’s desk was a DARE (Drug Abuse Resistance Education) eraser. We were good parents. Larry, Ian’s stepfather, was devoted to my children and was Ian’s coach in several sports. We thought we had everything taken care of.

Since Ian’s death, many people have asked me to speak about his struggle with his addiction and its affect on our family and friends. The Courage to Speak Foundation, Inc. was born with the mission to save lives by empowering youth to be drug free and encouraging parents to communicate effectively with their children about the dangers of drugs. My husband Larry and I have educated ourselves about the dangers of drugs and alcohol to young people. We provide the latest information about substance abuse in our presentation and via our website, www.couragetospeak.org. The most important thing we have learned is that secrets and silence are our common enemies. This is why we travel throughout our community, our state and our nation, inspiring youth, parents and educators to have the courage to speak…so that no other family will suffer the terrible loss that ours did.

This was my promise to Ian.

“I have a story I must tell. I have a journey I must complete. Someone said I have a lot of work ahead. I will accomplish what I know I have been put on this earth to do. I never thought something like this could happen to my family, but it did. Drugs cross all borders. They affect people of all ages and races and economic backgrounds. I vow I will never stop speaking out until I see changes in our world. Ian would have expected this of me and nothing less.” – Ginger Katz

To find out how you can book Ginger to speak in your community go to https://couragetospeak.org/the-courage-to-speak-foundation-book-a-presentation/

Drug abuse in teens is an epidemic in our country. With a team of experts, the Courage to Speak Foundation developed an 8-lesson Elementary School Drug Prevention Program (Grades 4-6) based on the drug prevention book Sunny’s Story; a 12-lesson Middle School Program; a 10-lesson High School Program; and an After School Program (Grades 4-8). To find out more information about other programs we offer go to https://couragetospeak.org/substance-use-prevention-curriculum/

Calling all Facilitators in the Field of Substance Abuse and Prevention…

This Course is for You!

The Courage to Speak Foundation has also developed the online course for professional facilitators to teach parents in their community: Courage to Speak- Courageous Parenting 101® a free, multi-session drug abuse education and prevention program, offered in both English and Spanish, designed to help parents understand the impact of drug abuse on youth and give them the knowledge required to communicate more effectively with their children about the dangers or drugs.

All facilitators must fill out our application form.

Sunny’s Story, a Drug Prevention Book written by Ginger Katz told from the Perspective of the Family Beagle 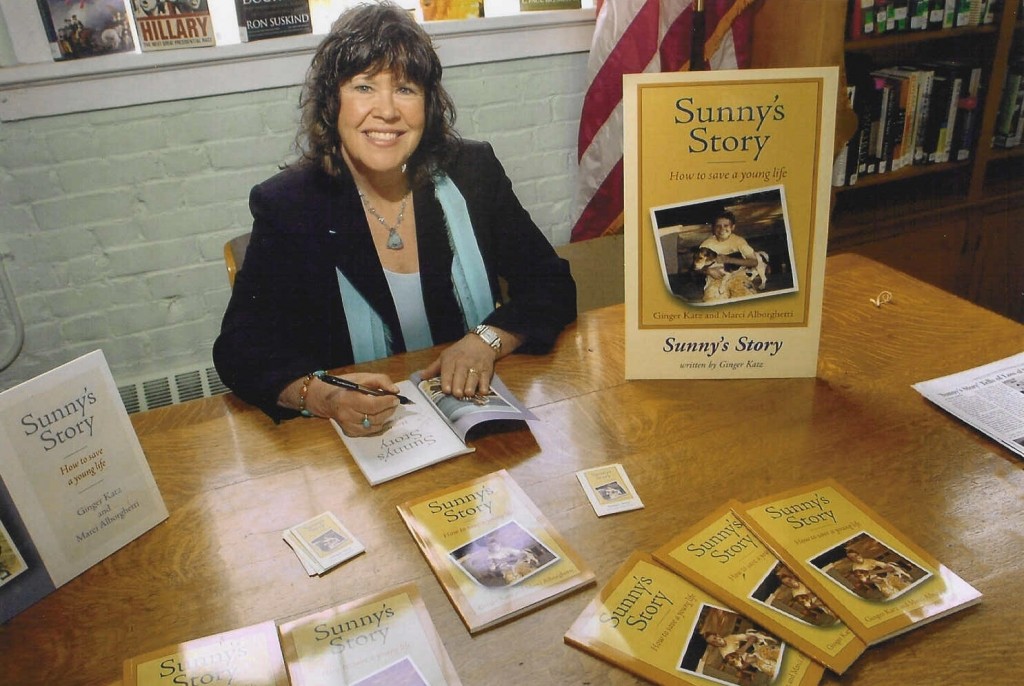 Sunny’s Story, written by Ginger Katz is a drug prevention book for all ages. It is a compelling story for children, teenagers, parents, grandparents, teachers and more. Sunny’s Story tells of joyful times and sad times, and of how a dog’s best friend was needlessly lost to drug abuse.

It is narrated through the eyes, ears and mind of Sunny, the family beagle. The story tells the ups and downs of life with his young master Ian, beginning with their meeting at an animal shelter, and ending with a futile effort to ward off disaster

Sunny’s Story is read at many dinner tables across the country, in schools, libraries, as part of Courage to Speak® Drug Prevention Curricula for elementary, middle and high school students as well as a standalone book for children of all ages, parents, grandparents, teachers and professionals in the field of treatment and prevention.

Read Bio and other Reviews 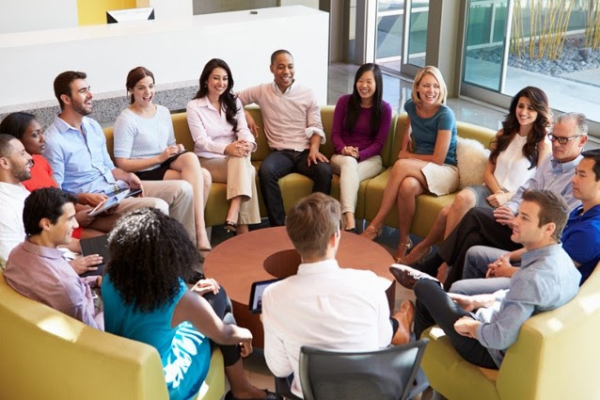