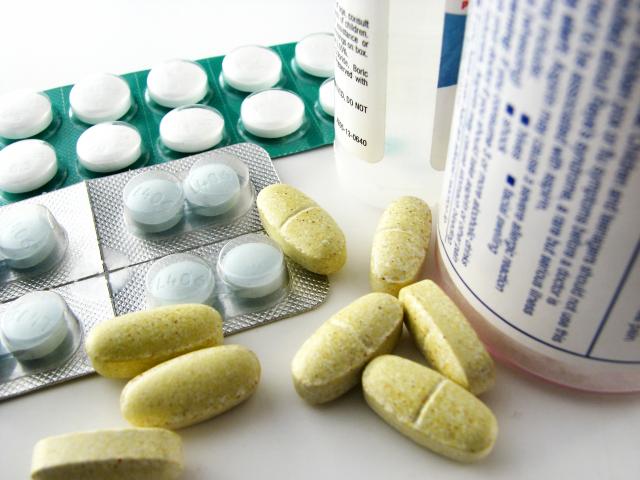 What’s in Your Medicine Chest? Opiate Medications: The Goods, Bads, and the Very Very Uglies

Opiate medications are among the oldest and most commonly prescribed drugs in the medical pharmacopeia. They are also among the most rapidly addicting and most lethal. Whereas untreated acetaminophen overdose kills in days from liver failure, unless reversed by the antidote naloxone, opiate overdose stops respiration in minutes, especially when mixed with alcohol or benzodiazepines.

The word opiate comes from the poppy extract opium, whose active ingredients morphine and codeine were not categorized until the early 1800’s. Opium was used recreationally for millennia, long before the Greek and Arabic physicians began prescribing them for dysentery and other medical uses. Despite its addiction potential, there has always been a huge trade in opium, whose fumes were inhaled long before morphine was identified and purified in 1824. By the mid-1920’s morphine’s more potent and cheaper cousin diacetyl-morphine—heroin—was outlawed in the United States, although drug dealers have manufactured and distributed it illegally thereafter.

As for the good: No one disputes opiates’ effectiveness after surgery and its importance and humanity in managing terminal illness. Although they know they are in pain, patients taking opiates report it doesn’t bother them. Opiates work by binding to the mu sub-type of opiate receptors, which abound on nerve cells in the region of the brain called the thalamus; that is where pain signals are relayed to the cerebral cortex. During exercise, sex, laughter and other heart-warming activities, the brain releases naturally-occurring chemicals called endorphins, which interact with the opiate receptors that release dopamine (the “feel good” chemical) deep in the brain’s core, in what is known as the pleasure center.

Now for the bad: Because opiates increase dopamine in the pleasure center, they are highly rewarding and self-reinforcing, hijacking the brain’s “feel good” system within minutes or even seconds, depending on the method of ingestion. To date there is noopiate medication that is not habit-forming. Opiate tolerance develops in only days, depending on the person. Once opiates are discontinued, habituated individuals typically experience some form of withdrawal, the symptoms of which include bodily pain, malaise, restlessness, sweating, itching, and mood disorders. Ask anyone who has been through opiate withdrawal and they will describe how awful it is. Most withdrawal is self-limited, but not always. The question of who is subject to severe and prolonged opiate withdrawal (POW) is the subject of intense clinical and scientific study.

As for the ugly: There is no FDA approved detoxification protocol for people severely habituated to opiates. Although common sense dictates that gradual tapering of opiate medication or heroin should return opiate receptors to their native state, for reasons that remain unclear the opiate receptors systems of many individuals do not reset themselves. Research reveals that Mu opiate receptors are incredibly complex protein molecules which, depending on ones’ genetic makeup, morph into different sizes and shapes with different functions in different brain regions. Complicating withdrawal is the fact that in addition to Mu receptors there are at least two other subtypes of opiate receptors whose interactions to the Mu receptor remain to be clarified.

Despite intensive support of 12-step programs, psychotherapy and behavioral interventions, there are many individuals who continue to experience POW, opiate-craving and drug-seeking behavior long after they have ingested their last dose. To date, science cannot predict who will develop POW, although I and others will be working to identify genes associated with the vulnerability to the condition. I have seen patients using as little as 20 mg per day of Oxycontin develop persistent withdrawal lasting for months. True, my patient population is biased, but in my experience, people who ingest more than 100-200mg per day of opiate medications, often prescribed by physicians for back- or muscle-ache or pain following surgery, are at serious risk. Doctors who prescribe codeine- or morphine-based medications for cancer pain note that some of their patients cannot be weaned off pain-killers, even slowly, because of persistent withdrawal.

Medicine has two medications to treat opiate dependence, methadone (which can only be obtained in clinics) and buprenorphine (an office-based treatment for less severely afflicted patients), both of which keep opiate habituated patients out of withdrawal, but continue the opiate habit. Buprenorphine is better in that it rarely produces side effects. However, there is no evidence that methadone taper versus buprenorphine taper works better or prevents relapse. Every detoxification procedure is empirical.

Now for the very, very ugly: Lots of teenagers and young adults who like its soporific effect have come to view marijuana as safe. Many are lulled into a false sense of security believing it is OK to experiment with opiate pills, to which they can become addicted rapidly; thereafter, it’s often a toboggan run into the seedy world of heroin because they simply cannot afford the opiate pills they originally used.

From time to time new detoxification regimens are espoused—the latest is the plant extract Ibogaine—but no single agent among the tens of thousands of opiate derivatives has been scientifically proven to normalize opiate habituation in vulnerable individuals, leading experts in opiate receptor research to conclude that the dysregulation is irreversible. For now all we can say is that using opiates for long periods is like playing Russian Roulette with a semiautomatic weapon.

Until much more scientific study is completed, we do not know how many recreational opiate users will go on to develop POW. Add to that the plethora of prescription opiates making their way from medicine chests into naïve young people, and one sees why and how opiate use disorders are epidemic. According to the National Institute of Drug Abuse, in 2012 2.1 million people in the US had opiate use disorders. Drug overdose deaths have nearly tripled since 2001 and killed more than 100,000 people in 2014. Contributing to this number, no doubt, are partially-detoxified individuals with POW whose reduced but not absent tolerance predisposes them to respiratory depression when they relapse on the amount of opiate pills or heroin previously ingested. Every young opiate substance abuser I treat knows at least one person died from an overdosed.

The sobering takeaway: Prescribers must be more judicious in the number of opiate pain killers they prescribe, no more than a few days at a time for acute pain syndromes. Chronic pain patients on opiates must scrupulously guard their pill supply. Youngsters and their parents need to be much more aware of the danger opiate medications present. If, as scientists believe, entrenched opiate habituation cannot be reversed, the only way to stem the epidemic is through prevention.

For now, everyone should keep track of what’s in the medicine chest, and purge all unneeded and unused prescription painkillers lest they wind up in the bloodstream and brain of someone they love.

Jeffrey Deitz MD is a psychiatrist and psychoanalyst in Connecticut and New York City. For years Deitz, who teaches medical students and supervises psychiatrists-in-training, wrote for the professional literature about psychotherapy, conducting seminars about the role of psychotherapy in treating PTSD and Bipolar Disorder. In 2010, he began publishing in the New York Times and Huffington Post about sports psychology, the power of psychotherapy, and the public health risk of sleep deprivation. Deitz’s first novel, Intensive Therapy: A Novel, a fiction about the life-saving relationship between a psychiatrist and patient, has recently been published. 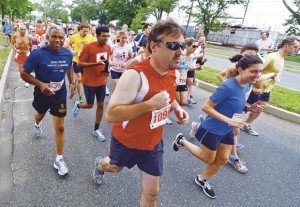